DoD wiping method, secure wiping standard of US Department of Defense. DoD 5220.22-M is the overwrite method with 3 passes (click here to find more definition on DoD 5220.22-M); RAID, redundant array of independent disks, is often used to enlarge disk capacity, protect disks and improve system performance, it is widely used in Server System, so a regular RAID array always contains 3 disks, RAID 5 for example. If you want to sell Server system with the disks, it's better to sell them without server data in it, besides, buyers also want clean systems and disks.

Many companies are now running their own server, no matter it's a big company or small one, server system always have many disks installed. Hence, managing disks on server becomes a daily task for server administrator, RAID protects data, you always had a backup in more than one disk, so when you decide to sell server disk, professional data sanitization software with secure DoD wipe methods is needed, if the product is capable of wiping multiple disks with ease, then it's the perfect one.

Macrorit Data Wiper Provides 2 DoD wiping methods for Server RAID disks: DoD 5220.22-M and DoD 5220.28-STD, the former one wipes with 3 passes and the latter one wipes with 7 passes, both of which can permanently wipe RAID array data. 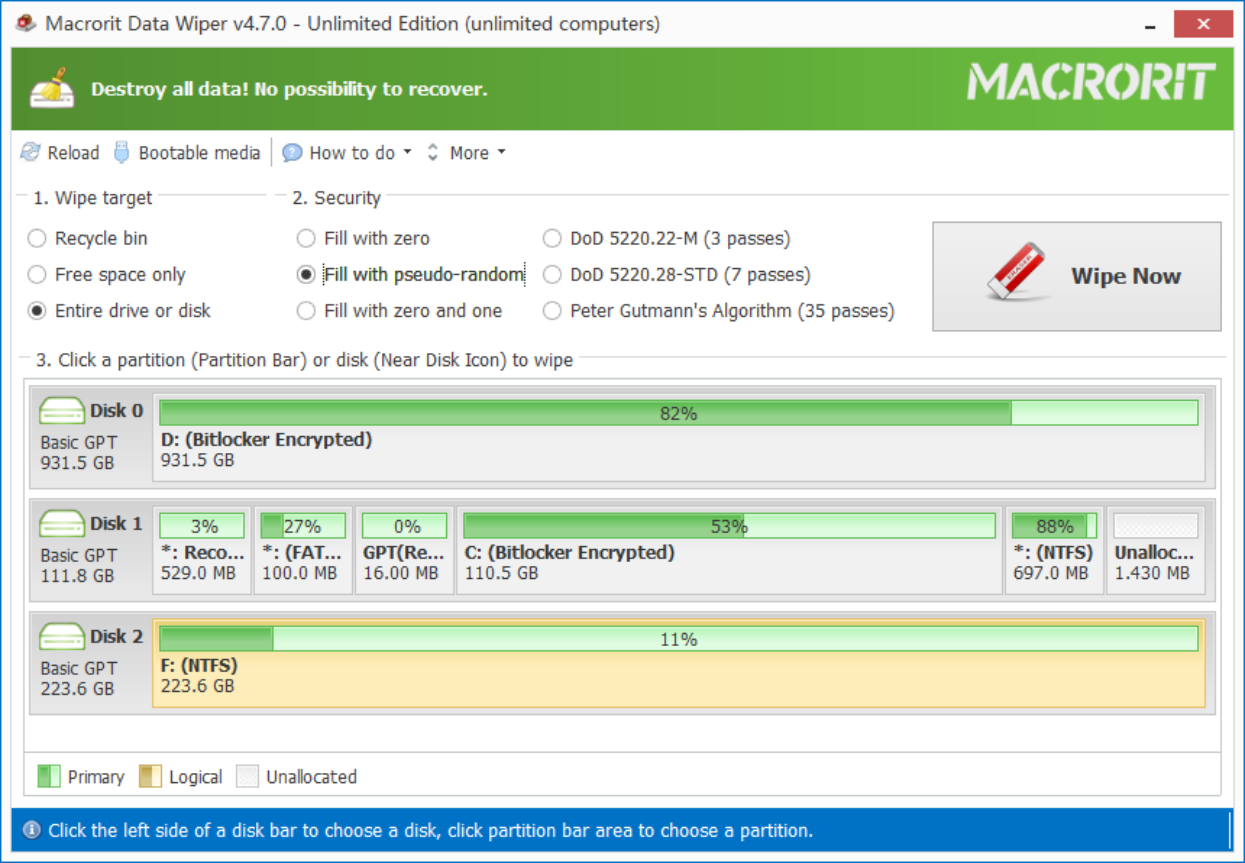